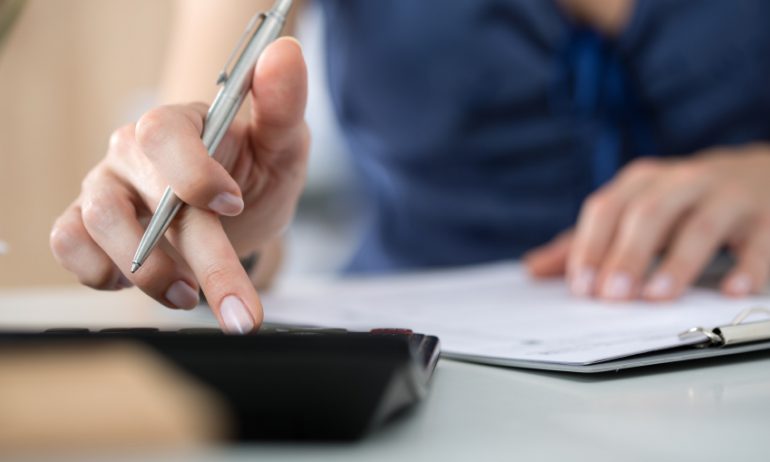 A new study from Scripps Research Chemist Matthew Disney, Ph.D., shows that by targeting an essential biomolecule that surges in failing heart muscle, it may be possible to one day heal damaged heart tissue with medication.
In a study published Monday in the journal Nature Chemistry, the Disney collaboration describes the discovery of the first compounds able to restart cellular production of a factor called VEGF-A, short for vascular endothelial growth factor A, in cellular models. Research over many years has shown VEGF-A acts as a signal to stem cells, causing them to rebuild blood vessels and muscle in damaged heart tissue, and improve blood flow.
Targeting RNAs, the “middleman” between genes and protein production, makes logical sense, but doing so with medicines was once deemed unfeasible. RNAs were long thought to be poor small-molecule drug targets due to their simple four-base makeup and dynamic shape. Through the years, Disney and colleagues have developed an array of computational and chemical tools designed to overcome those barriers.
“During a heart attack, the injury causes proteins that could promote new, healthy blood vessel growth to go silent,” Disney explains. “We analyzed the entire pathway for how the protein is silenced, and then we used that information to identify how to reinvigorate its expression.”
Lead author HafeezHaniff, a graduate student at Scripps Research, Florida, analyzed the genomics underlying VEGF-A production to assess optimal RNA drug targets, working in collaboration with scientists at AstraZeneca. The team selected a microRNA precursor called pre-miR-377, finding it acts like a dimmer switch for VEGF-A production in failing heart muscle.
They then used Disney’s computational and chemical tools, in conjunction with a diverse set of compounds from AstraZeneca’s collection, in search of chemical partners able to selectively bind to the key conserved structural features of pre-miR-377.
“A remarkable on-target specificity is achieved by combining the active compound with other helper molecules,” Haniff explains.
Other strategies that have been attempted to boost VEGF-A production include the administration of VEGF-A itself or delivery of messenger RNA that encodes for the protein.
“Each of these approaches uses large compounds that can have limited distribution to diseased tissues, compared to potential specific, RNA-binding small-molecule lead medicines,” Disney says.
The compound has, so far, been tested in cells, not whole-animal models of heart failure, Disney notes.
“We delivered a lead small molecule compound to reprogram the cell’s software to force it to re-express VEGF-A,” Disney says. “Transforming TGP-377 into a potential medicine that reaches patients will take considerably more time and research.”
Disney called their success a “test case” that shows it is possible to reliably and predictably develop medicinal compounds for pre-defined RNA targets and induce protein production in cellular models.
MalinLemurell of AstraZeneca, calls it a potentially important first step.
“The ability to design small molecules capable of interacting with and modulating RNA could open new avenues to target challenging disease pathways that have previously been considered undruggable,” says Lemurell, who is head of Medicinal Chemistry, Research, and Early Development, Cardiovascular, Renal and Metabolism, BioPharmaceuticals R&D at AstraZeneca. “This research has enabled the generation of quality tool compounds that will be useful to probe this mode of action further.”
Because of the largescale screening done to identify TGP-377, Disney says the group expanded by 20-fold the data set of known RNA-binding small molecules generally, with implications for multiple incurable diseases.
“There are potential RNA drug targets for nearly every disease,” Disney says. “We now have a much greater toolbox to search for lead molecules with medicinal potential.”